We have had a lot of debate

As yet, I have no answer from my LNP MP and member for Herbert?

We have heard a lot of debate in the federal parliament lately about revenue raising measures, concerning negative gearing and Capital Gains Tax, I am bewildered by the lack of questions or answers concerning the following link http://www.abc.net.au/news/2015-12-17/almost-600-companies-did-not-pay-tax-in-2013-14/7036324 .

All working people contribute to the tax system in this country and so do most small business people so it is therefore very unfair for businesses that turn over in excess of $100 million to escape from a contribution to this great nation. PAYG taxpayers and small businesses seem to be carrying this nation and I cannot fathom why? I feel particularly angry that the corporations mentioned in this link only take without giving back to our country.

I have asked our federal member informally for an update on this matter, in particular, how many of the 579 companies who have paid nothing…

We have had a lot of debate

We have heard a lot of debate in the federal parliament lately about revenue raising measures, concerning negative gearing and Capital Gains Tax, I am bewildered by the lack of questions or answers concerning the following link http://www.abc.net.au/news/2015-12-17/almost-600-companies-did-not-pay-tax-in-2013-14/7036324 .

All working people contribute to the tax system in this country and so do most small business people so it is therefore very unfair for businesses that turn over in excess of $100 million to escape from a contribution to this great nation. PAYG taxpayers and small businesses seem to be carrying this nation and I cannot fathom why? I feel particularly angry that the corporations mentioned in this link only take without giving back to our country.

I have asked our federal member informally for an update on this matter, in particular, how many of the 579 companies who have paid nothing since the election of an LNP government in Canberra have been forced to contribute even a minimum of taxes? To date I have had no reply. I am sending this letter to Ewen Jones MP formally now in last ditch effort as a patriotic Australian to get an answer. Hopefully the Townsville Bulletin will engage the current member for Herbert for an answer in the name of community spirit that the paper is famous for.

I write in reference to:

I write in reference to ‘Morrison’s giveaway’ which I read in the Courier Mail on the 23rd April 2016. This story seeks to expose one of the more blatant scams I can ever remember an Australian political party trying to sell to the public, if the ‘budget leak’ is indeed true. The story states that the Treasurer intends to give working people from low wage – $37,000 p.a. to high wage – $180,000 a tiny tax cut so thereby delaying the effect of bracket creep to a more convenient time for the LNP. A time when an election is not imminent, this tactic is so transparent that it is easily seen through.

While on the question of tax cuts, many of us are wondering why there has been no action on the following link http://www.abc.net.au/news/2015-12-17/almost-600-companies-did-not-pay-tax-in-2013-14/7036324 the only action that this LNP government has taken in the past 5 months, since this, and similar reports have been publicly available, is to give the ATO beefed up powers of audit, which does not address this issue. The corporate taxation law needs to abolish the loop holes that these companies, who take in excess of $100 million p.a. and pay no tax, use, in fact they have not paid ‘any’ tax in at least the past 3 years that the LNP have occupied the government benches, maybe even longer?

There is no fairness or equity in this situation where the honest tax paying public who pay either PAYE taxation or GST or both are concerned. Former Treasurer Hockey said “we must ‘all’ make a contribution” to Australia’s economy, yet nearly 40% of corporate Australia have paid absolutely nothing for years, and hundreds more corporate companies are paying 5% or less. It is blatantly obvious that loop holes must be closed and/or new legislation introduced into the federal parliament urgently to collect a ‘fair share’ of taxation from these ‘corporate’ bludgers. The LNP have had at least 5 months in which to do something on our behalf and haven’t. We need a government who will collect a fair share of tax from ‘all.’ Perhaps a Labor government is the only way for the Australian workforce to obtain taxation justice. 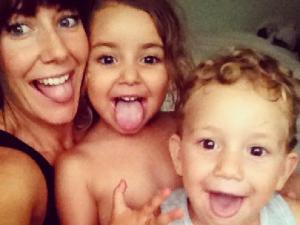 As a nation, Australia has come a long way in its understanding of, and lack of tolerance for domestic violence. The tireless campaign by Rosie Batty has been a huge part of this. There have been major steps forward in police procedures to deal with domestic violence cases, in urging women to report abuse and in training the media how to speak about such violence. There’s a long way to go, but any improvement should be welcomed. As a nation we are growing up. However, I can’t help but think the recent reporting of the Sally Faulkner child custody case is an example of a lack of willingness to call a spade a spade when it comes to a very common type of domestic violence: psychological and emotional abuse.

If the economy is the key

If the economy is the key in the battle for the North, our federal conservative (LNP) representatives are all in trouble, as it is ‘their’ government who have doubled the federal deficit, seen unemployment rise from the time they took charge, hurt low to middle income families with ultra-right-wing policies such as, for example the pathology policy. This will see these families paying for blood tests, Pap smear tests, X-Rays and other pathology matters from the first of July not only for themselves but also for their children. There has never been a better time to have only one child. This gives voters a timely situation to deliver a reply, a day before the federal election, so a speedy judgement can be made on that policy.

We in North Queensland do not complain about federal government services because we have none that we know of, even our State government health and education funding has suffered a massive $80 Billion federal government cut. As the old saying goes ‘things are crook in Tellarook’ and this divided squabbling among themselves, conservative (LNP) government have allowed the economy to slide in their term, they have had two Treasurer’s and two Prime Ministers to administer exactly the same ultra-right wing policies that hurt the poor and reward the rich, this election we must put the LNP last on the ballot paper. In the Senate we can leave them off the ballot paper completely.

Consumers fear budget from the Townsville Bulletin 13.04.16 yes that is very true especially for lowly paid workers in retail and pensioners who despite sacrificing all the luxuries of life are waiting with trepidation for the May3 budget from Treasurer Morrison. We are already bracing ourselves for the payment of blood tests, Pap smear tests and X-Rays and the like to come into effect shortly, and wondering what more we can sacrifice so as to be able to pay for these standard Medicare items which were previously funded by our payment of the Medicare levy.

It is no wonder that the consumer confidence survey is down for a fourth straight week and if further assaults on the poor are released in the federal budget I don’t see what businesses are so happy about, as consumers will not have the cash to splash on keeping them wealthy, in fact the less money we consumers have to spend, the more likely we will not visit a business, and therefore their income will also be badly affected.

The Townsville Bulletin today April 11 gave us an amazing insight into the federal Liberal Party/ Liberal National Party in Queensland, concerning the LNP leader, Prime Minister Malcolm Turnbull. Most Australians are aware of the divided state of the federal government parties who are currently holding the reigns of the Australian government, however on page 28 of the Townsville Bulletin entitled ‘opinion’ “Libs’ turn for the worst – ‘Mal’s rise and the birth of the delcons’ we learnt for the first time that the anti-Turnbull faction within the party has been given a name by conservative journalist Miranda Devine, of “Delcons” which stands for ‘delusional conservatives.’ These ultra conservatives seem to worship former Prime Minister Tony Abbott, and his agenda, which Turnbull is thus far continuing with; there is also a strong suggestion that if the LNP win the coming election we will have the former PM back in the chair as PM.

More on this Townsville Bulletin page ‘Turnbull’s indecision undermines poll position’ speaks of an interview between the PM Turnbull and Eddie McGuire where McGuire was only able to ask three questions in ten minutes because of Turnbull’s waffling with corporate/political speak that we ordinary folk find annoying and evasive. The PM apparently attacked the Westpac bank on its 199th birthday for “having taken advantage of fellow Australians and the saving they have spent a lifetime accumulating” apparently this attitude conflicts with the ultra-conservative (Delcon) faction of the LNP, and when the Labor leader promised a Royal Commission into the finance industry because of the PMs speech, it was a policy that Turnbull rejected which lead to criticism that he and the LNP were protecting corrupt banks. In politics division is death, and in the LNP the division could not be wider or more evident, Australia needs a change from the LNPs austerity policies that punish the poor and reward the rich, let’s hope on July 2 we see a positive change for the future of our country.

We were warned last year that if nothing was done the 1% would by 2016 own half of the world’s wealth, and it has now happened. It has been widely reported on the 18.01.16 that 62 people on Earth now officially have half of the world’s riches. We saw late last year that 579 Australian based businesses were classified as Corporate Bludgers for failing to pay any tax on their $100 million plus turnovers and just 18 days into the new year we see this report which demonstrates both the selfishness and the mental illness associated with this position namely “insatiable greed.”

The Abbott/Turnbull LNP government will not legislate to make things in Australia fairer for the everyday people unless there is a groundswell of people who understand that this is not the way things should be, and that with a change in policy governments can redistribute money much more equitably than occurs at present, for the greater good of all, not the few, as we have seen recently at Yabulu. Former Australian Prime Minister Malcolm Frazer used to use a quote “life wasn’t meant to be easy” however I doubt that life was never meant to be this hard and unfair either.

Australians are in general an apathetic mob but when it is pointed out to them that 62 people on earth have as much wealth as the combined total of the rest of the planet’s population, surely something must stir inside them? With the release of the Panama papers yesterday, surely the unfairness of the situation must reverberate within the Australian community, as most of us struggle to survive with at least 2.5 million Australians living in poverty, surely the time has arrived to take some action to bring Australia back to the egalitarian state that it once was. I note that Monday’s Newspoll put Labor ahead of the Coalition for the first time since the last election, it seems as though it is time for a change.